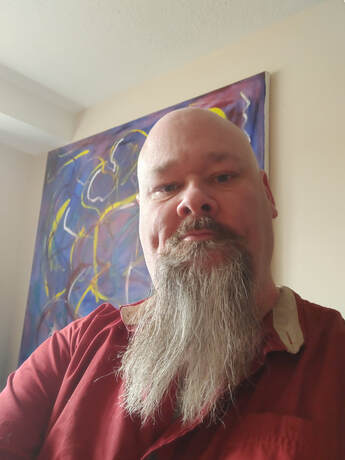 Born and raised in Calgary. I went to art college at The Alberta College Of Art And Design in the late 90's. I had a psychotic break in 2004 and have been trying to make sense of my world ever since. I have learned that to change the world I change myself. In my art I paint automatic paintings that are self portraits, exploring my journey. Exploring the paradoxes of the Real. I Am the universe so everything I paint is a reflection of myself.

Much of my work looks Abstract Expressionist or Action painting with the larger scale works. I work fast. However when they are done I am always looking for the image. In fact there are alway multiple images. More than one painting in one. At one time I would rotate the painting and another fully complete objective painting would emerge. Some can see these, others can not. If you can see a teddy bear in the clouds you can see images in my art.

I see threw eyes much of the world does not. My work explores myself, and I share that with the world. It might be egotistical, or it is an exploration of the macrocosm by looking at the microcosm. I must paint and create. It shows me where I am going.

I apprenticed to the Sweet Medicine Sundance Path www.dtmms.org in 1999 and the Rosicrucian Order www.rosicrucian.org in 2001. I have created an oracle. My art continues to delve into mysticism, shamanism and the metaphysical.
Shaun Gamache


Previous showings include:
​
Raw Artists Link May 12,. 2022 Back Alley, Calgary

Calgary Fringe Festival During the Summer in Inglwood 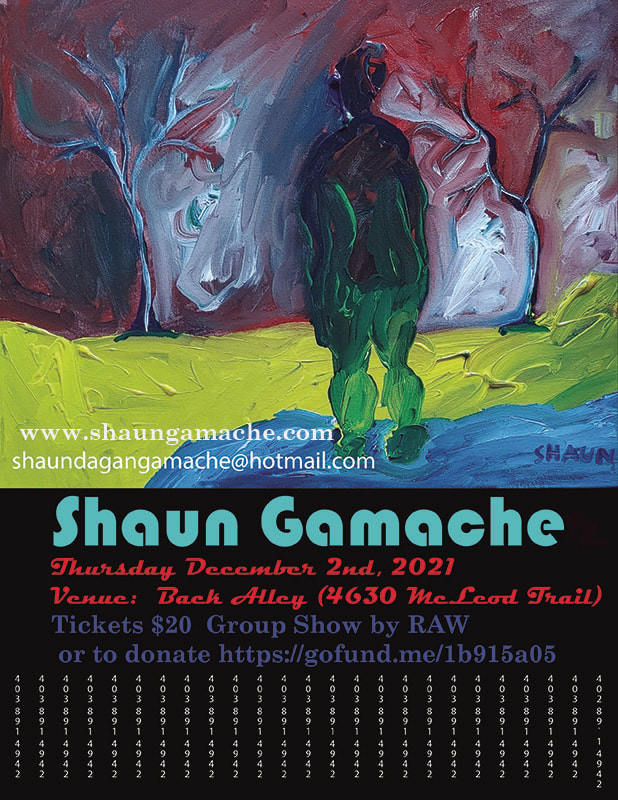